As a major social safety net program by the Government of Pakistan, the Benazir Income Support Programme (BISP) maintains a National Socioeconomic Registry (NSER) - a database of information about the socioeconomic status of over 27 million households across the country (except two agencies of the Federally Administered Tribal Areas). The registry was set up as a result of a Poverty Scorecard Survey (PSC). The survey covered 87% of the country’s population. The registry enables BISP to identify eligible households through a Proxy Means Test (PMT) which calculates the poverty levels and determines the welfare status of a household on a scale between zero and 100. A second household survey, planned for 2017-18, is in progress. An android-based mobile tablet application has been developed to capture household data for this purpose. The application uses automated data sampling for verification of information collected by enumerators and communicated to supervisors via bluetooth. Data, verified by the supervisor, is submitted to the central NSER database via a secure VPN. Currently, 1,800 surveyors across 12 districts are using the application. A total of 2.2 million surveys have been conducted so far. 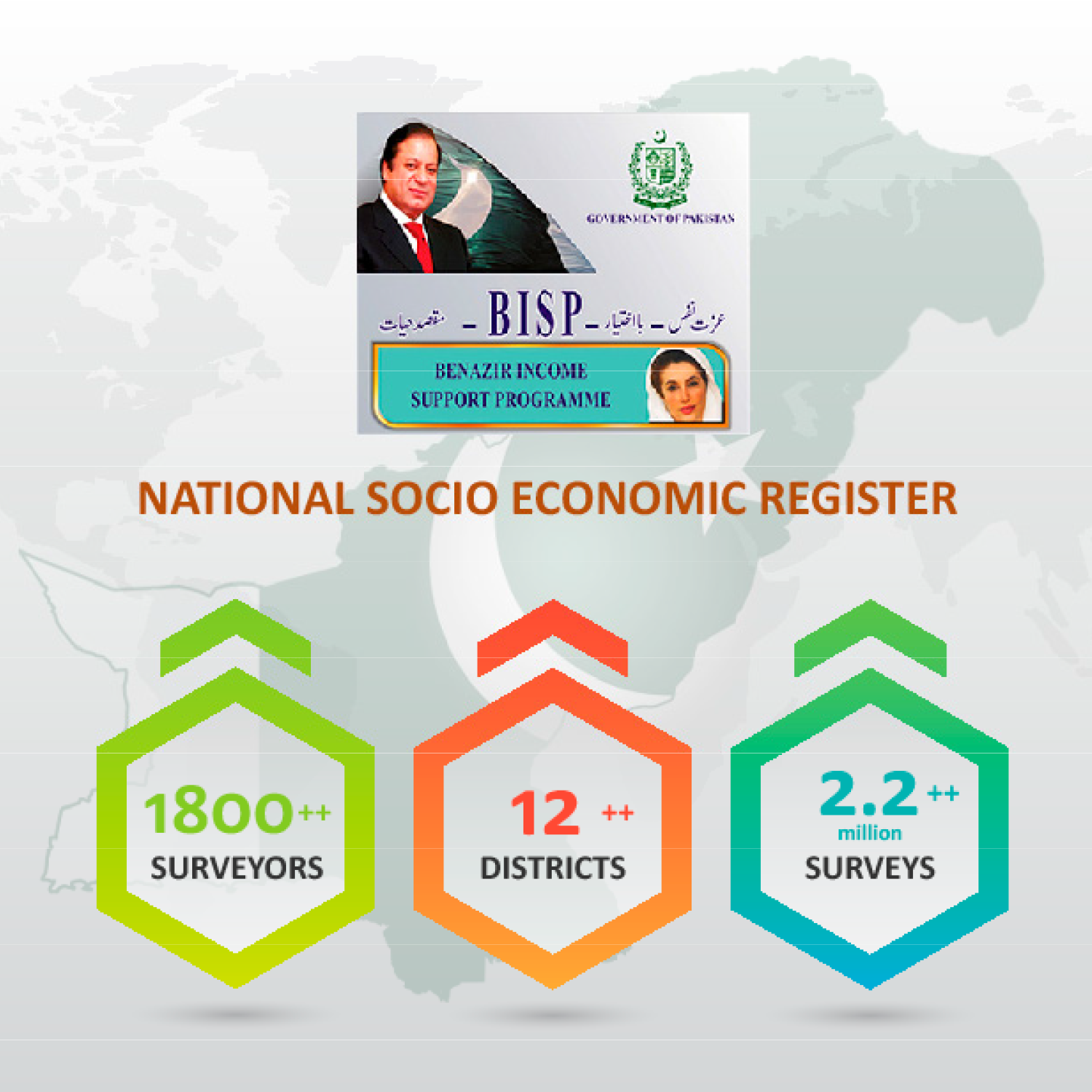