In recent years, Pakistan, especially the province of the Punjab, has recorded an upsurge of vector-borne diseases like dengue fever. Unavailability of historical data in an organised form hindered preemptive detection of outbreaks, limiting the government’s capacity for emergency response and preparedness. The implementation of the Disease Surveillance System (DSS) was found necessary so that future epidemics could be prevented and coordinated action could be taken. The system has been operational since July 2013. Data for surveillance is being captured from across the Punjab and from all levels of healthcare facilities i.e. primary (2,828 RHCs and BHUs), secondary and tertiary (147 hospitals). Dedicated data entry operators, equipped with laptops and internet connectivity, have been tasked to report cases from public hospitals across the province. The BHUs and RHCs also report disease cases via SMS with the help of the disease wheel. Recently, these facilities were provided tablets to ensure that within a relatively short period, the disease wheel would be phased out.

The information is then stored on an HRS-centralised server. A committee comprising representatives of the World Health Organisation (WHO), the Institute of Public Health (IPH), King Edward Medical University (KEMU), University of Agriculture Faisalabad, Specialised Health & Medical Education Department and the PITB reviews the data and publishes weekly disease bulletins and disease alerts. The HRS comprises the following allied programmes: Dengue Patients Surveillance, Monitoring System for Polio, Hepatitis Control programmes and TB Control programmes. It currently focuses on 26 communicable diseases listed by the WHO but the system is being updated to monitor 81 diseases in total on the request of the Primary and Secondary Healthcare Department. The surveillance system helped health authorities control an outbreak of Influenza N1H1 late in 2015 and curb a measles epidemic in 2012. It also helped control the dengue epidemic, bringing down the number of confirmed cases from thousands in 2011 to less than a 100 from 2012 onwards. The system has improved availability and quality of data, provided an early warning system and it shows the correlation between disease data and geospatial mapping. More than 11.8 million patient consultations have been recorded in the HRS central server to date. As many as 203 editions of the disease bulletin have also been published since June 2013. 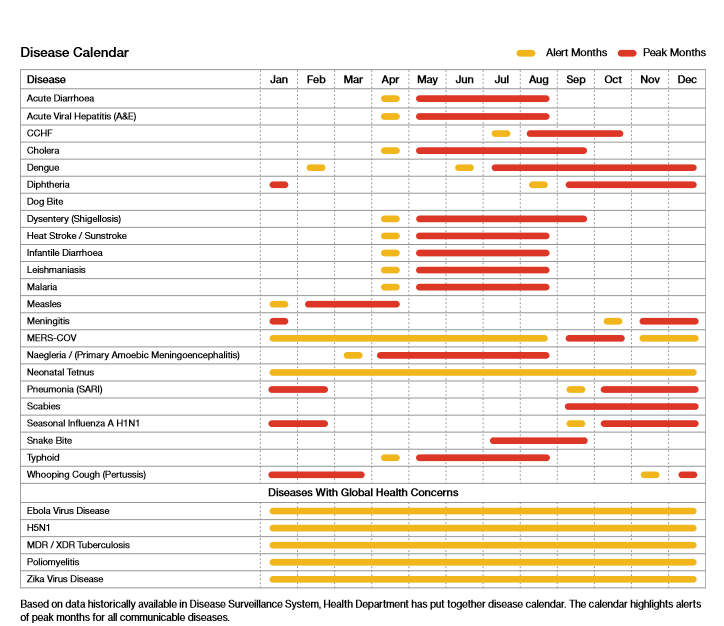 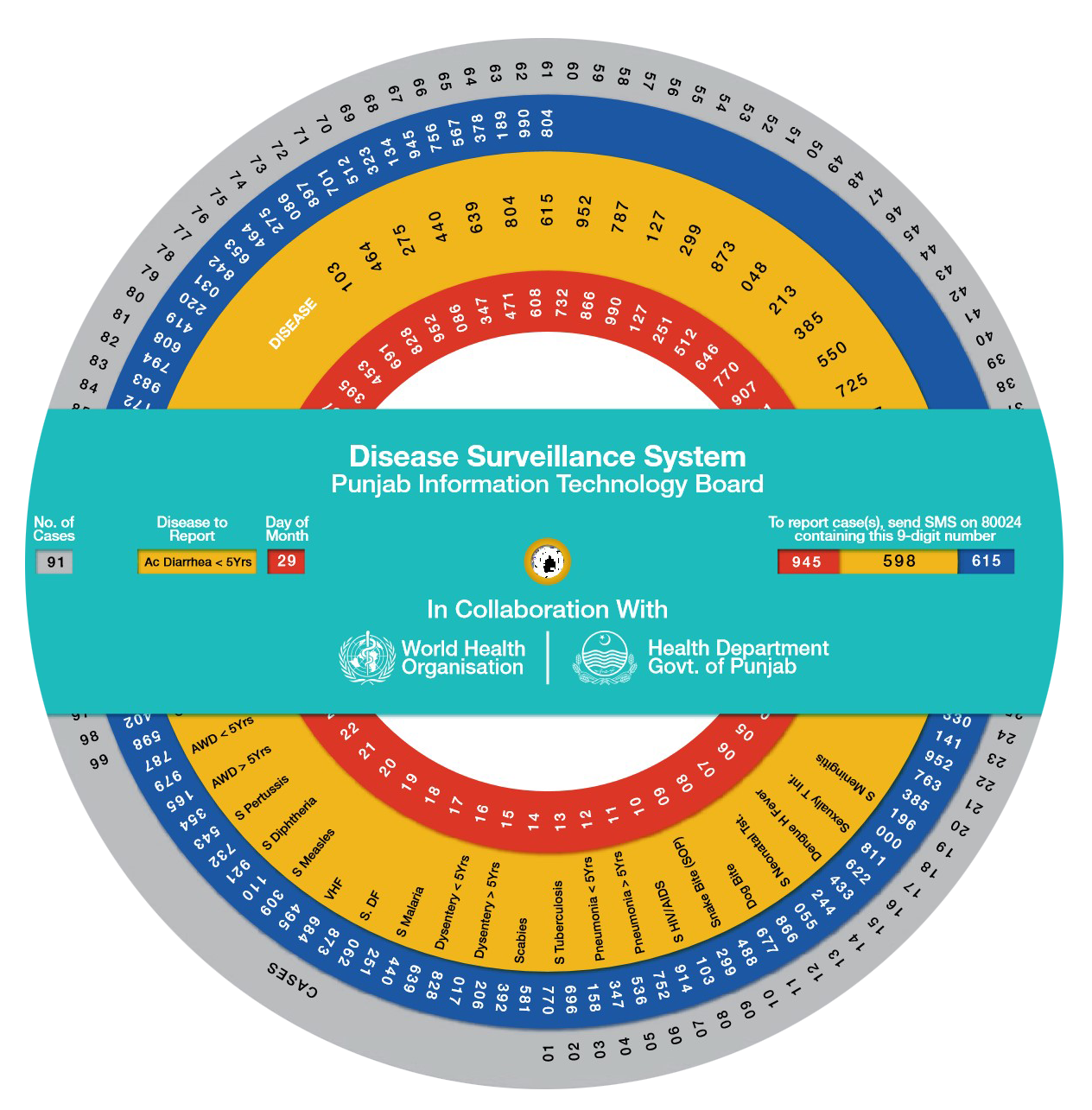