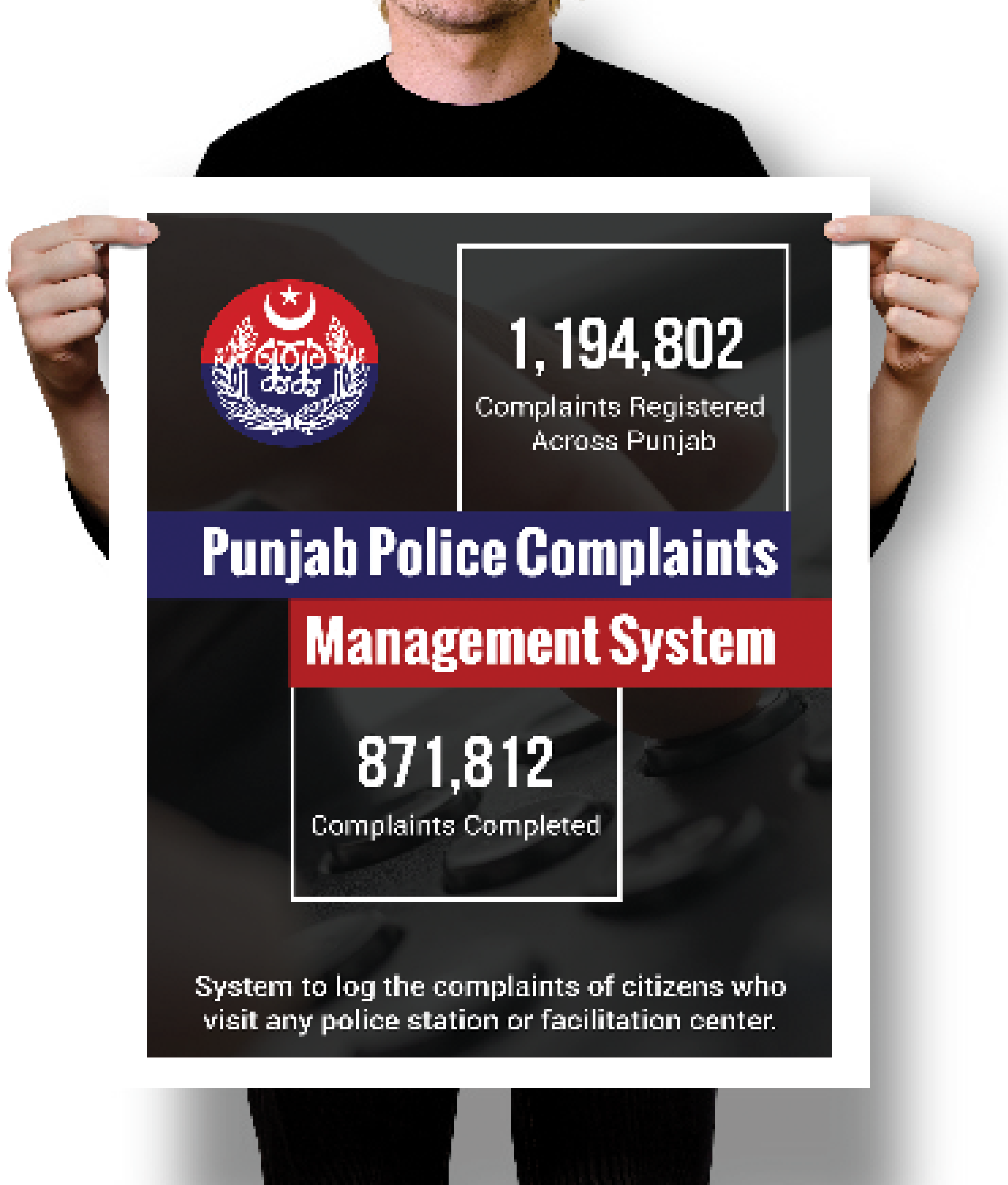 The CMS system provides an interface to complainants to check the status of their complaint and a dashboard for police officials to monitor activity. This system is operational across the Punjab. The system has helped bridge the gap between the police and the public. Police officers can now precisely know the details of pending complaints  in every police station. This has helped them organise daily meetings at their offices to review the progress of these complaints and take action in this regard. As many as 1,194,802 complaints have been registered across the province and 871,812 were resolved.